Sushant Singh Rajput was a born in Patna on 21 january 1986. He was also a brilliant student. He had ranked seventh in the DCE Entrance Exam in 2003. He admitted in Delhi College of Engineering for  Bachelor of Engineering degree in Mechanical Engineering. He also was a winner of Olympiad in physics. After completing three years of a four years course he dropping out and focus for acting career. He joined dance class and was selected as a member of Davar’s standard dance troupe. In 2005 he worked as a back ground dancer in Flimfare Award.

Sushant Singh Rajput’s acting talent was saw by Balaji Telefilms in 2008 while he was in stage. He started his career as a tv serial actor as Manav Deshmukh in Pavitra Rishta. He impress many bollywood actor and director by his acting skill. He won three television awards for best male actor and for most popular actor. 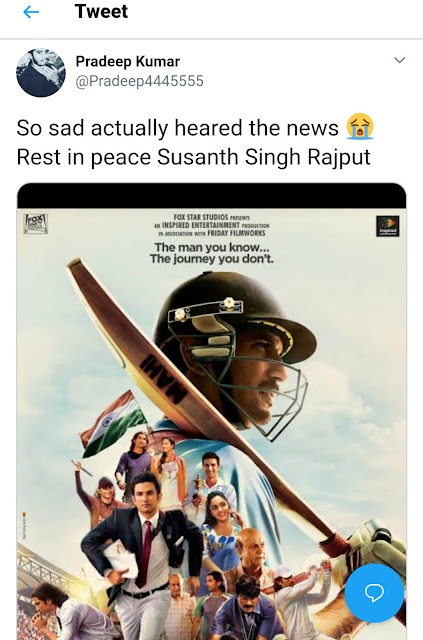 Sushant’s 1st bollywood film was Abhishek Kapoor’s Kai Po Che! along with Raj Kumar Rao and Amit Sadh. For this flim he was nominated as best male debut award. His second movie was Yash Raj Films Shuddh Desi Romance with Parineeti Chopra and Vaani Kapoor. He also worked in Raj Kumar Hirani’s flim PK in 2014. In this film he go the opportunity to work with Aamir Khan and Anushka Sharma.


In 2015 Rajput released a thriller Detective Byomkesh Bakshy. In 2016 he lead a role of Neeraj Pandey’s biographical film M.S Dhoni: The untold Story. For his excellent performance in that film he got his first nomination for the Filmfare Award for Best Actor. He also work in lead role in the film in Raabta with Kriti Sanon and also appeared in Kedarnath  movie. His another film Chhichhore was box office hit film.


On june 14, 2020 Sushant was found hanging in his Bandra home in Mumbai. The reason of his suicide is known. According to his friends he was suffering from depression for several months last few day he did not talk with anyone. Rajput was shocked when his former manager committed suicide by jumping from a 14-storied building in Mumbai’s Malad area on 8 june


2020 is a cursed year, in this year we lost a lot of bollywood star. Previous Irfan Khan then Rishi Kapoor now another brighten star Sushant Singh Rajput.